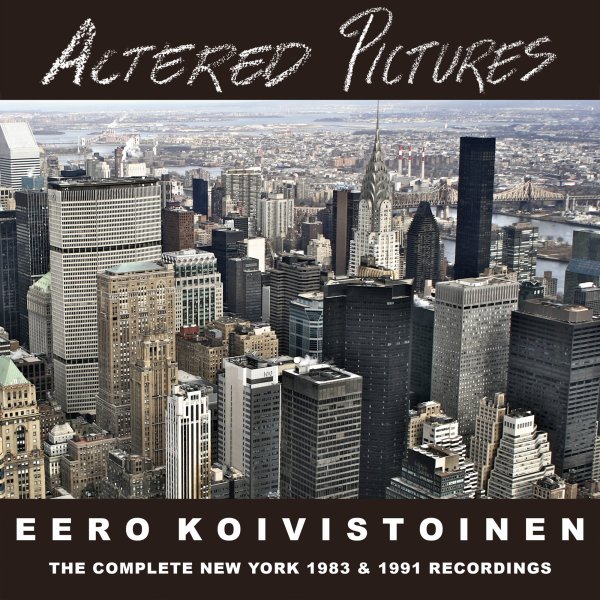 A pair of rare albums – plus lots of bonus titles too – all packaged together in one mighty 3CD set! First up is the album Picture In Three Colors – a really great moment in the career of the Finnish saxophonist Eero Koivistoinen – a player who'd been making huge waves on his local scene in the 70s, and finally got the chance to record this date in New York during the following decade! Eero is wonderful throughout – a masterful leader who really brings out a special spirit in the group – a stellar lineup of all-star American players, with Tom Harrell on trumpet, John Scofield on guitar, Jim McNeely on piano, Ron McClure on bass, and Jack DeJohnette on drums! Even if you know work from these other players, the sound here is quite different – much more the boldness that we know from Koivistoinen's 70s material, given new expression by these musicians. All tunes are originals by Eero – and titles include "Second Thought", "Kindergarten", "Patana", and "Linewriting". Next up is the record Altered Things – a really great meeting of minds – as legendary Finnish saxophonist Eero Koivistoinen records here with a host of American players – all with a sound that's far more bold and timeless than you'd guess from the dated look of the original cover! The lineup here includes a few musicians that Eero worked with on a previous New York date – Ron McClure on bass, Jack De Johnette on drums, and John Scofield on guitar – alongside fresh partners Conrad Herwig on trombone, Dave Kikoski on piano, and Randy Brecker on trumpet – all musicians who really follow the lead of Koivistoinen, as he serves up some really beautiful original compositions for the set. A young Bugge Wesseltoft also adds in a bit of electronics on a few cuts – and titles include "Kabuki", "Altered Things", "Everblue", "Film Noir", "Clear Dream", "Maghreb", and "BLT". CD3 features 8 more bonus tracks from the sessions for both albums – titles that include "Sunburst", "Arctic Blues", "Algo Fresco", "Never Again", and "Facts".  © 1996-2021, Dusty Groove, Inc.