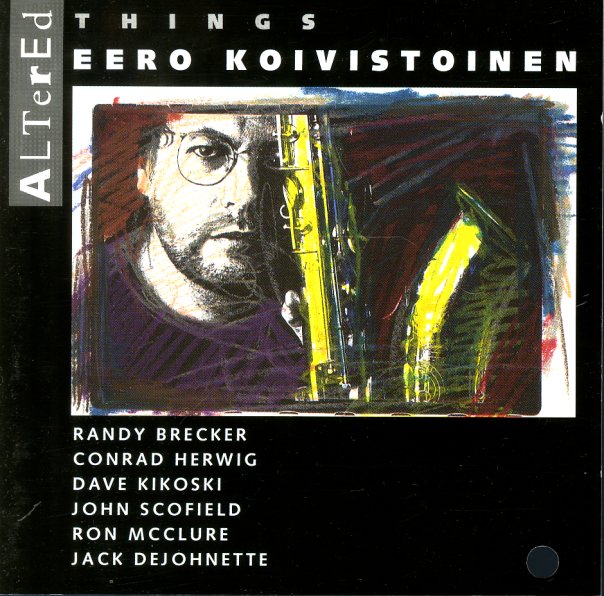 A really great meeting of minds – as legendary Finnish saxophonist Eero Koivistoinen records here with a host of American players – all with a sound that's far more bold and timeless than you'd guess from the dated look of the original cover! The lineup here includes a few musicians that Eero worked with on a previous New York date – Ron McClure on bass, Jack De Johnette on drums, and John Scofield on guitar – alongside fresh partners Conrad Herwig on trombone, Dave Kikoski on piano, and Randy Brecker on trumpet – all musicians who really follow the lead of Koivistoinen, as he serves up some really beautiful original compositions for the set. A young Bugge Wesseltoft also adds in a bit of electronics on a few cuts – and titles include "Kabuki", "Altered Things", "Everblue", "Film Noir", "Clear Dream", "Maghreb", and "BLT". Also features bonus outtakes of "Never Again", "Facts", and "Clear Dream".  © 1996-2023, Dusty Groove, Inc.

Picture In Three Colours (with bonus tracks)
Core/Svart (Finland), 1983. New Copy 2LP Gatefold (reissue)
LP...$29.99 34.99
A really great moment in the career of the Finnish saxophonist Eero Koivistoinen – a player who'd been making huge waves on his local scene in the 70s, and finally got the chance to record this date in New York during the following decade! Eero is wonderful throughout – a masterful ... LP, Vinyl record album