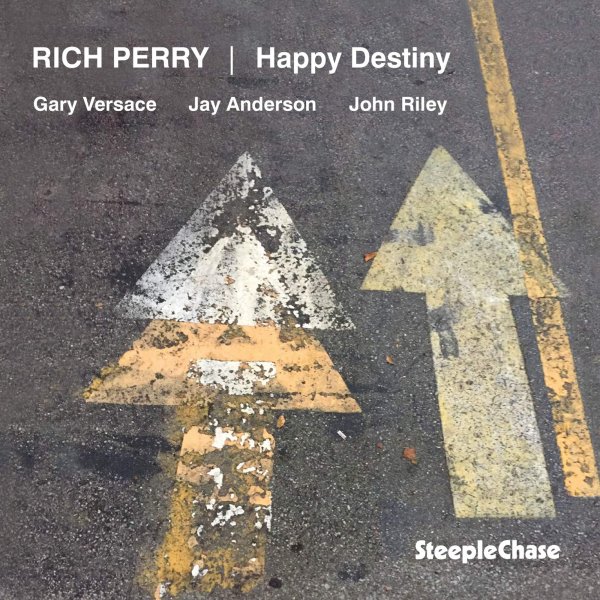 Darkly moody sounds from Rich Perry – a tenorist who's got a great way of sliding from note to note, often with energy that almost feels effortless, but which also has a nice sort of tension along the way! This quality is never too overstated – as it might have been in saxophonists from a decade or two back – and instead, it's maybe this sort of secret voice that comes from the way that Perry puts things together, and which seems to hint at an even deeper current his work, one that bears plenty of repeated listenings to discern. The rest of the group is very well-matched too – Gary Versace on piano, Jay Anderson on bass, and John Riley on drums – working their way through original Perry compositions that include "Iron Buddha", "Everything Hurts", "Plant Based", "Happy Destiny", "Luft", "Recoleta", "Rebellion Dawgs", and "Long Dark Spring".  © 1996-2021, Dusty Groove, Inc.