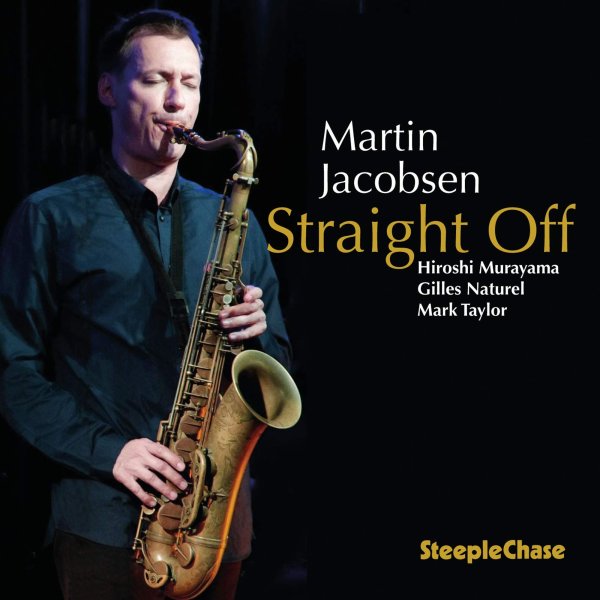 Martin Jacobsen's got a great touch on the tenor here – a style that's light, but crisp at the same time – almost as if you're hearing an alto in action, but with a deeper tonal range overall! There's a voice here that's very much his own, and which will certainly have us paying more attention to Jacobsen in the future – although right now, we're enjoying this album more than enough to keep us happy! Some of the best tracks here are Jacobsen's own compositions, which really emphasize his strengths – and get a nice sort of swing from quartet members who include Hiroshi Murayama on piano, Gilles Naturel on bass, and Mark Taylor on drums. Titles include "Headway", "The End Of A Love Affair", "Nightfall", "West Coast Blues", "Groovy Samba", and "Straight Off".  © 1996-2021, Dusty Groove, Inc.