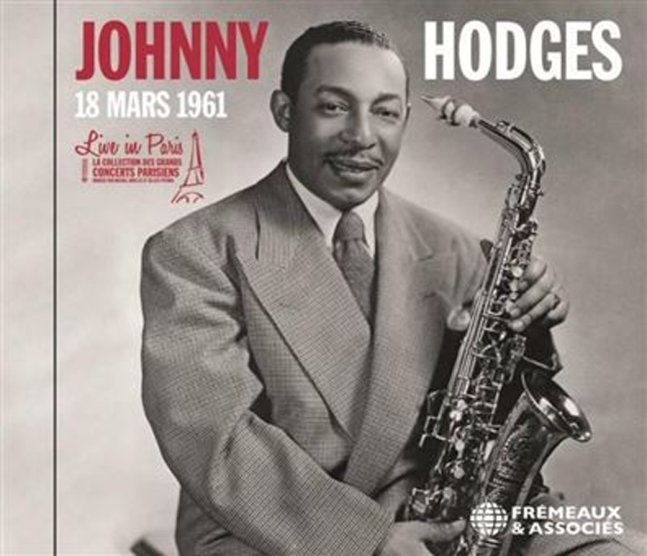 A really great live set from alto genius Johnny Hodges – a set that's right up there with some of his best studio albums on Verve at the time! As with those records, Johnny's taking a slight sidestep from the world of Duke Ellington here – working with similar material and familiar players, but also really stretching out on these beautiful solos that focus on his warm, raspy charm on the alto – that quality that made Hodges as important to the sound of mid 50s jazz as Ben Webster or Lester Young on the tenor! The group's a septet, and other players include Lawrence Brown on trombone, Harry Carney on baritone, Al Williams on piano, and Ray Nance on cornet – on titles that include "All Of Me", "Blues For Madeline", "Solitude", "Mood Indigo", "Do Nothing Till You Hear From Me", "Jeep's Blues", "Rockin In Rhythm, and a nice long take on "Perdido".  © 1996-2021, Dusty Groove, Inc.