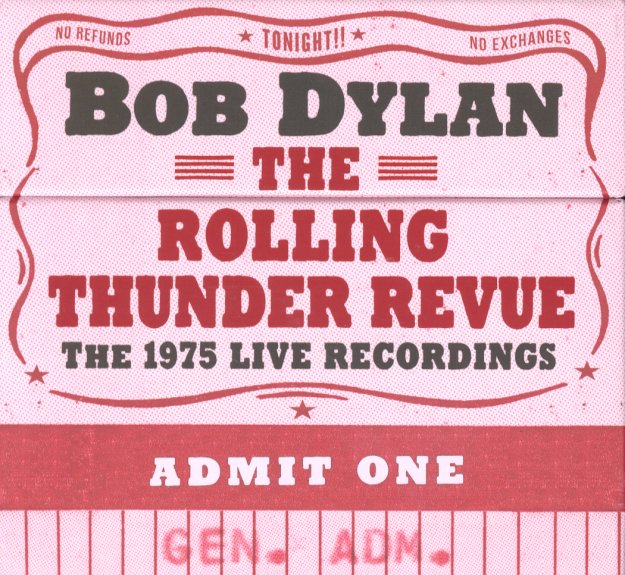 14CD
Out Of Stock

A pretty amazing 70s moment from Bob Dylan – a legendary tour that was a bit of a rock and roll circus on wheels – hence, perhaps, the unique name of the tour! Bob's in a very collaborative spirit here – working with famous guests who include Mick Ronson, Joan Baez, Roger McGuinn, Joni Mitchell, Ronee Blakely and Ramblin' Jack Elliott – all in an upbeat mode that surfaced most strongly on some of Dylan's tracks on the Desire album, which was issued during the two legs of the tour. This massive package features 14 CDs – New York city rehearsals, plus live shows in Boston, Cambridge, Montreal, and Worcester – as well as a bonus CD of rare performances.  © 1996-2021, Dusty Groove, Inc.

Eddie Piller Presents The Mod Revival (4CD set)
Edsel (UK), Late 70s/1980s. New Copy 4CD
CD...$28.99
Eddie Piller is one mighty cool cat – the force behind the Acid Jazz label for many decades, and also an expert on rare mod records from the 60s – which he's released on some great collections over the years! This time around, Eddie takes us right to the heart of the British mod ... CD

Revolution (expanded mono edition – with bonus tracks)
Columbia/Now Sounds (UK), 1967. New Copy
CD...$8.99
A revolution in sound from Paul Revere & The Raiders – a set that still has some of the party-rocking styles that made them a hit in the 60s, but which also has a hipper, trippier sound at times too! Terry Melcher's really coming into his own as a producer here – and, a bit like ... CD