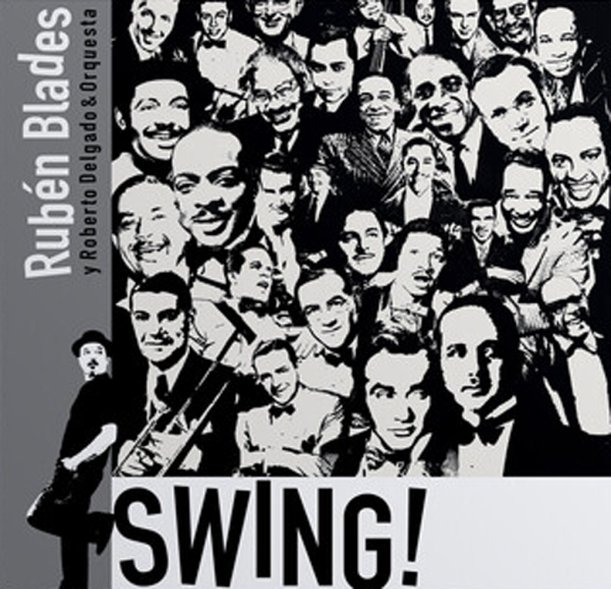 Ruben Blades delivers a great mix of jazzy styles here – some tracks that definitely echo the swing era promised by the title and the cover, but always mixed with the soulful sense of inflections he brought to his classic salsa material too! This isn't just some retro vocal jazz album, as the tunes are well-chosen, and includes originals too – all delivered with help from the orchestra of Robert Delgado. The group is great – top-shelf all the way through – and titles include "Watch What Happens", "Mambo Gil", "The Way You Look Tonight", "Ya No Me Duele", "Paula C", "Pennies From Heaven", and "Cobarde".  © 1996-2021, Dusty Groove, Inc.

Montreux Heat
Pablo, 1980. New Copy
CD...$11.99 12.98 (CD...$8.99)
Late Mongo – but great Mongo! The CD features work recorded live at the Montreux Jazz Festival in 1980 – a wonderful jazz-based performance that was never issued at the time! Tracks are long and very open – stretching out with a soulful majesty that goes beyond even Mongo's ... CD