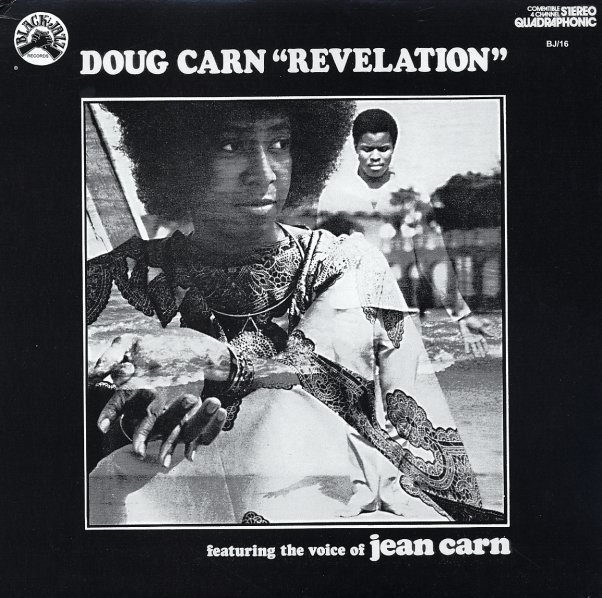 Also available
Doug Carn — Revelation ... CD 8.99
The Black Jazz recordings of Doug Carn are always a revelation – some of the most powerful, progressive work on the American underground of the early 70s – music that got Carn into way more record collections than you might expect! The sound here is a perfect summation of Doug's early genius – his own work on organ and keyboards, never overdone and mixed perfectly with a righteous array of acoustic sounds from Rene McLean on alto and tenor and Olu Dara on trumpet – both players who soar to the skies on waves of energy begun by Carn! Wife Jean Carn sings on a number of tracks – with this heavenly style that's mighty righteous – every bit as soulful as her later work at Philly International, but in a very different way. The set includes Doug's great reading of "Naima" – plus other wonderful cuts that include "Power & Glory", "Feel Free", "Jihad", "Fatherhood", and "God is One".  © 1996-2022, Dusty Groove, Inc.

Adams Apple (black vinyl pressing)
Black Jazz/Real Gone, 1974. New Copy (reissue)
LP...$16.99 23.99 (CD...$8.99)
The last album in a legendary run of music from keyboardist Doug Carn – his final album for the Black Jazz label, and a set that pushes even farther than his previous efforts! Jean Carn isn't in the group this time around, but the set does feature a totally great twin-vocal approach – ... LP, Vinyl record album