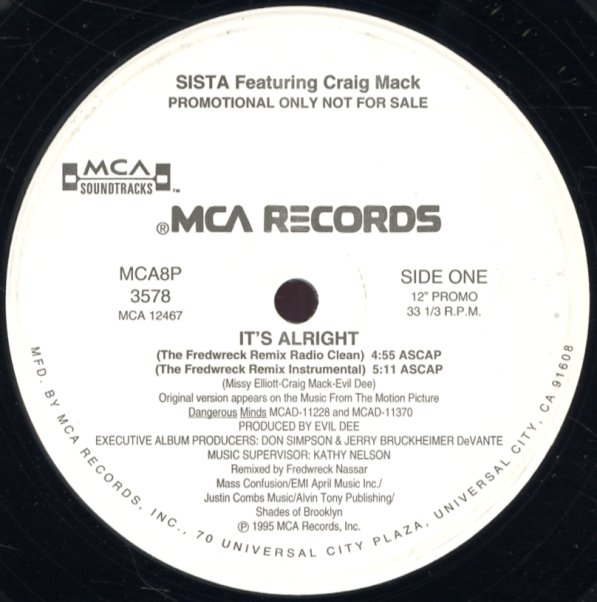 A single by Missy Elliott's group before she went solo, with guest rhymes by Craig Mack and remix by Fredwreck Nassar.  © 1996-2021, Dusty Groove, Inc.
(Promo copy.)