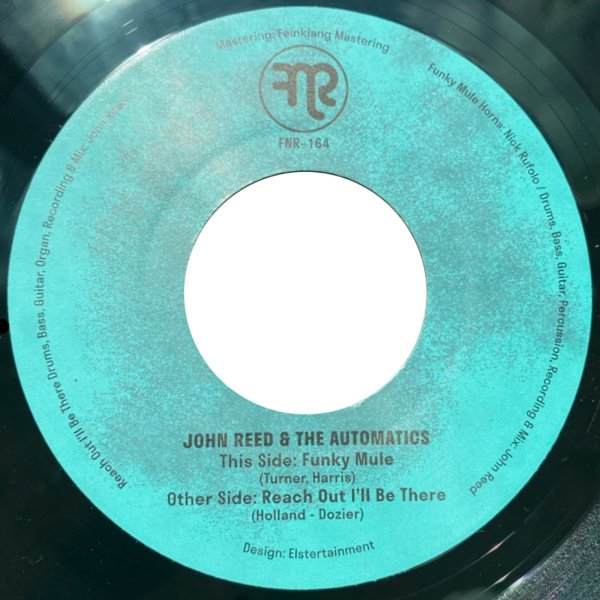 Funky Mule/Reach Out I'll Be There

This mule is plenty darn funky – thanks to some drums that come running out of the gate like a thoroughbred, and then bring along a full funky horn section in its wake! The drums get to break a bit in the middle – and brings the rest of the crew back for the rest of the tune! The flipside has more great drums, and this very cool psychedelic organ and guitar line that really makes the familiar tune into a nicely trippy instrumental!  © 1996-2021, Dusty Groove, Inc.
(Limited to 300 copies.)