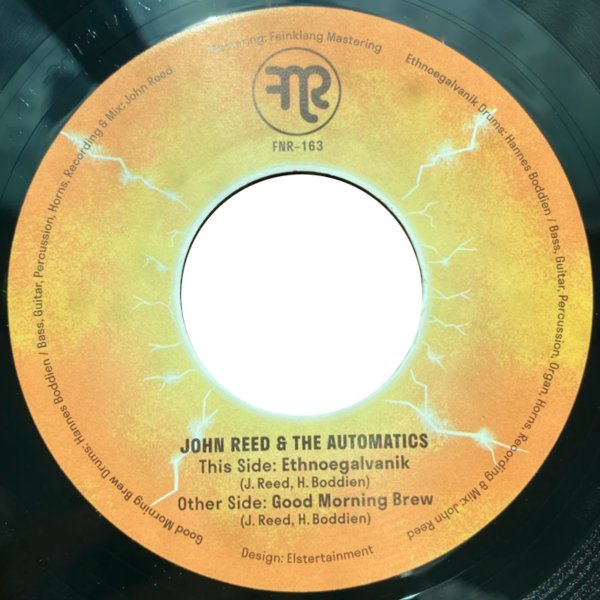 We're not even going to try to pronounce "Ethnoegalvanik" – but we can tell you that here, the word stands for a very funky little instrumental – one that seems to start in Meters territory, but then gets much wilder overall – thanks to some fantastic work on the drum kit, and a very weird-sounding keyboard line! "Good Morning Brew" is equally funky in the best sort of the way – maybe a slight Ethio jazz vibe in the way the guitar and keyboard carve out the melody over straighter funky drums!  © 1996-2021, Dusty Groove, Inc.
(Limited to 300 copies.)