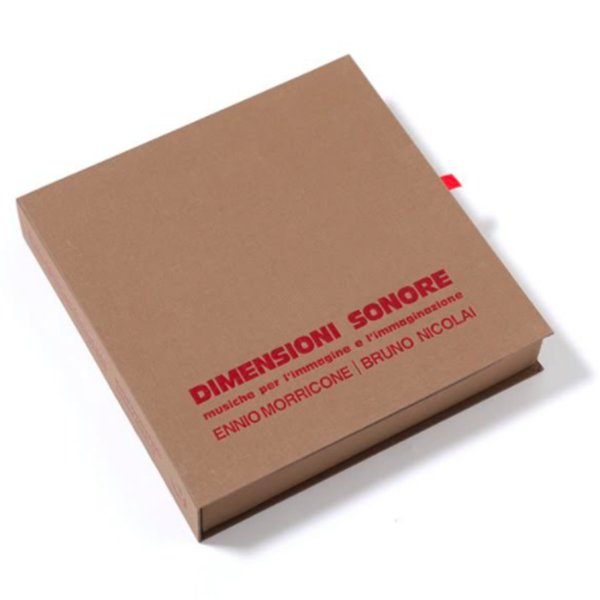 Fantastic sounds from Ennio Morricone and Bruno Nicolai – a set of rare albums of more serious music done for RCA – very much in the darker spirit of their recordings with the Gruppo D'Improvvisazione Nuova! The music here is more avant compositional than some of Morricone's lighter soundtrack material – with especially strong work on strings, showing the way that the maestro learned his sense of offbeat tones and phrasings from the 20th Century classical scene, which he then applied famously to some of his horror scores of the time! The music here definitely has qualities that match the spookier soundtrack 70s material from Morricone or Nicolai – especially his move to horror at the time – and as with just about all of his recordings, there's a fair bit of unusual sounds and elements that are extremely hard to peg in terms of their sources. This amazing package brings together ten full albums of music – five by each composer – all originally issued by Italian RCA, here in their original covers and liner notes – in a special canvas bag designed for the set!  © 1996-2022, Dusty Groove, Inc.
(Includes book and tote bag, but in a nice fabric lined cardboart box!)

A Me Stesso Con Simpatia (with download)
Interbeat/Cinedelic (Italy), 1975. New Copy (reissue)
LP...$22.99
A sweet 70s sound library session from the tiny Interbeat label – and one that does a great job of mixing up jazz, bossa, and maybe a bit of proggish keyboards too! The sound is relatively stripped-down – mostly jazzy rhythms and keyboards, served up in a variety of really cool tunes ... LP, Vinyl record album