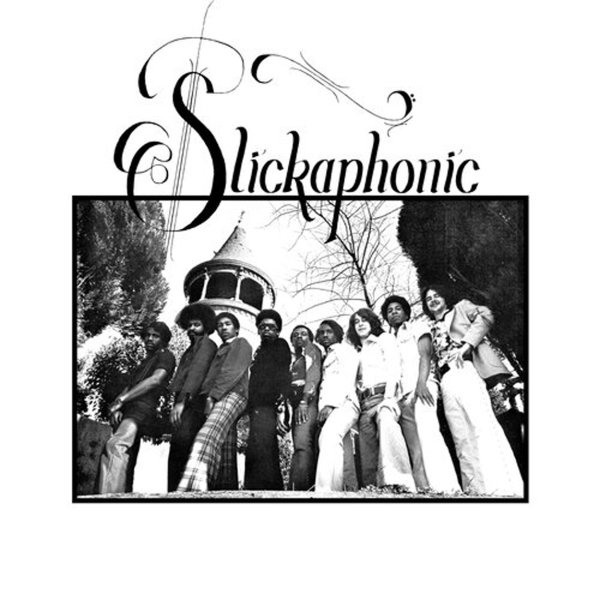 A never-issued record from the Portland scene of the 70s – served up by a sharp funk ensemble who really know how to groove! Don't confuses these guys with the Slickaphonics jazz group from the 80s – as Slickaphonic are much more funk-based overall (although they probably took their name from the same Miles Davis reference) – and work in a pre-disco level that's nice and tight throughout – the kind of cuts that come from a bunch of local musicians jamming together, and really rising each others' skills and spirits in the process – with the result of a set of joyous grooves like this! The set includes a few nice covers of 70s tracks, plus two original numbers – and titles include "Back Into My Life Again", "Pick Up The Pieces", "I Shot Him Down", "Bubba", and "Doin It".  © 1996-2021, Dusty Groove, Inc.
(Previously unreleased! Includes bonus photo insert.)

Thriller
Epic, 1982. New Copy (reissue)
LP...$19.99 20.98 (LP...$29.99)
Arguably the last true moment of genius in Michael Jackson's career – a record that sold a bazillion copies around the world – and for plenty good reason! Michael's still working here with Quincy Jones – in territory that steps nicely from the Off The Wall groove, into territory ... LP, Vinyl record album