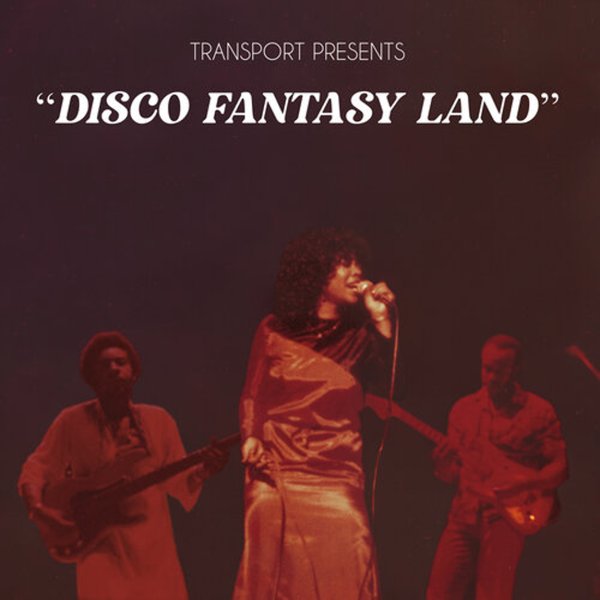 Never-issued work from this obscure Portland group – a combo who definitely deliver the disco fantasy of the title, but in ways that are more funk-based overall! Transport has ties to the Gangsters and Nu Shooz, and the vibe here is more that of a local funk group picking up the pace a bit for the late 70s generation – but still keeping things lean with tight combo instrumentation that's heavy on basslines and keyboards – topped with playful vocals that give things a clubby vibe, but which also have a much deeper execution than the usual disco chorus mode! Maybe it's the lack of strings or commercial production, but the whole thing feels much hipper than you'd expect – nicely righteous currents running through tunes that include "Move Your Body To The Music", "Disco Fantasy Land", "Stay With Me", and a nice remake of "Always There".  © 1996-2021, Dusty Groove, Inc.
(Previously unreleased! Includes bonus poster and postcard.)