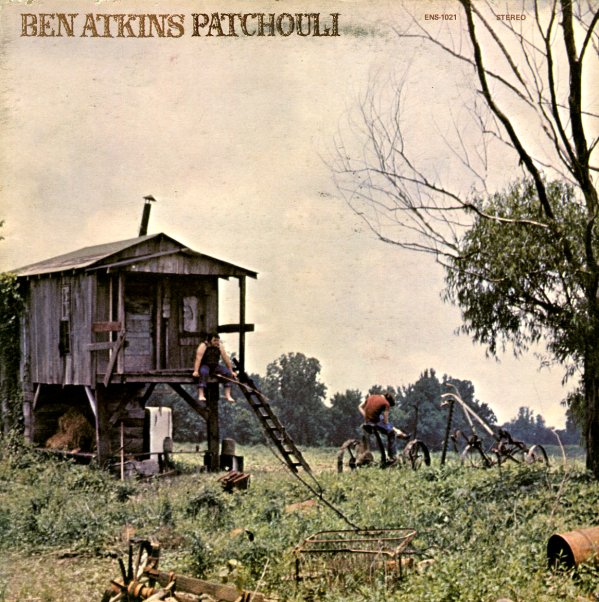 An unusual rock record issued by the Enterprise imprint of Stax Records – the same one that released the Isaac Hayes albums at the time, and maybe a good choice for Ben Atkins, given some of the soulful currents in his music! The ramshackle cottage on the front is maybe a good indication of the spirit here – a southern vibe that easily mixes soulful inspiration with more rock-based songwriting and instrumentation – recorded both at Muscle Shoals and at the Stax Studios, with work from Barry Beckett on keyboards, Roger Hawkins on drums, and Wayne Perkins on guitar. Ben's got a very distinct vocal approach – one that's all his own, and which nicely doesn't sound like he's trying to cop anyone else's game – and the set includes tunes by Bettye Crutcher, Dan Penn, and Bobby Manuel – the last of whom produced and arranged the set. Titles include "Good Times Are Coming", "Smokestack Lightnin/Brighter Side Of It All", "That Brings Me Down", "Solid Ground", "I Love This Song", "Shine On", "Holding On To Friends", and "A Long Way To Go".  © 1996-2021, Dusty Groove, Inc.

When I Die (Japanese paper sleeve edition)
Buddah/Big Pink (South Korea), Early 70s. New Copy
CD...$18.99 22.99
A really wonderful record from Motherlode – a group who are equal parts rock and soul, and who shine here with a groove that's totally wonderful all the way through! Most of the tracks have the group harmonizing like some of the soul groups over at RCA in the early 70s – and there's a ... CD

Salloom Sinclair & The Mother Bear (Japanese paper sleeve edition)
Cadet/Big Pink (Korea), 1968. New Copy
CD...$18.99 22.99
Funk folks unfurling their freak flag, hailing from Tennessee – but working under the aegis of Marshall Chess and Abner Spector in the crossover mode of some of the other Cadet Concept albums from the time, plying a righteous verging-on-soul vibe that a lot of the hippy generation seemed to ... CD

Tapped Out (Japanese paper sleeve edition)
Buddah/Big Pink (South Korea), Early 70s. New Copy
CD...$18.99 22.99
Motherlode tapped out of the recording came after this excellent second album – and they're every bit as wonderful here as on their debut – working with a really unique blend of rock and soul – and getting a groove that few other groups of the time could touch! The harmonies are ... CD