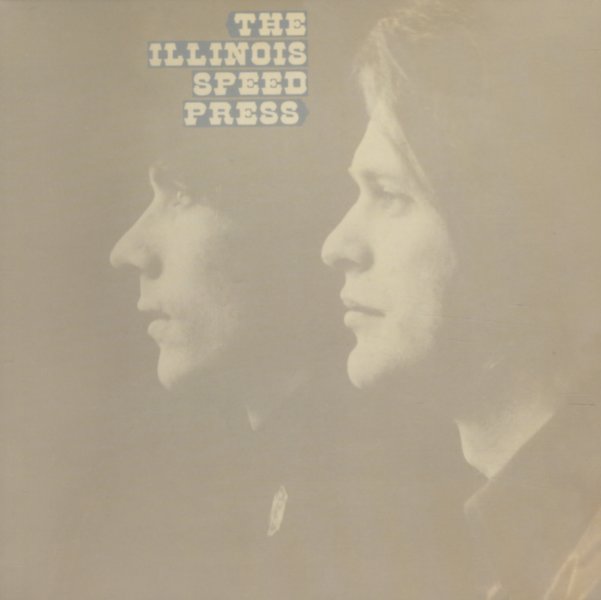 The debut album from this Chicago group – maybe not the biggest act of their day, but one who've got more than enough chops to warrant the release of this excellent album on Columbia! Illinois Speed Press are a guitar-heavy combo who are definitely part of the growing hard rock scene in the US, but their vibe here is nicely different than some of the San Francisco or New York sounds of the period – maybe in part because James William Guerico gave them some wonderful handling in the studio – but, we think, also because their Chicago location made them nicely out there on their own a bit. Titles include "PNS", "Be A Woman", "Get In The Wind", "Here Today", "Pay The Price", "Free Ride", and "Sky Song".  © 1996-2021, Dusty Groove, Inc.

Second Coming (Japanese paper sleeve edition)
Decca/Big Pink (South Korea), 1971. New Copy
CD...$18.99 22.99 (LP...$39.99)
A sweet little record from a sweet little power trio – one who take the conventional format and do all sorts of things that are very much their own! Help can definitely hit hard rock territory, but they also have a way of fusing everything together that's maybe a few years ahead of its time, ... CD

Salloom Sinclair & The Mother Bear (Japanese paper sleeve edition)
Cadet/Big Pink (Korea), 1968. New Copy
CD...$18.99 22.99
Funk folks unfurling their freak flag, hailing from Tennessee – but working under the aegis of Marshall Chess and Abner Spector in the crossover mode of some of the other Cadet Concept albums from the time, plying a righteous verging-on-soul vibe that a lot of the hippy generation seemed to ... CD

When I Die (Japanese paper sleeve edition)
Buddah/Big Pink (South Korea), Early 70s. New Copy
CD...$18.99 22.99
A really wonderful record from Motherlode – a group who are equal parts rock and soul, and who shine here with a groove that's totally wonderful all the way through! Most of the tracks have the group harmonizing like some of the soul groups over at RCA in the early 70s – and there's a ... CD

Tapped Out (Japanese paper sleeve edition)
Buddah/Big Pink (South Korea), Early 70s. New Copy
CD...$18.99 22.99
Motherlode tapped out of the recording came after this excellent second album – and they're every bit as wonderful here as on their debut – working with a really unique blend of rock and soul – and getting a groove that few other groups of the time could touch! The harmonies are ... CD