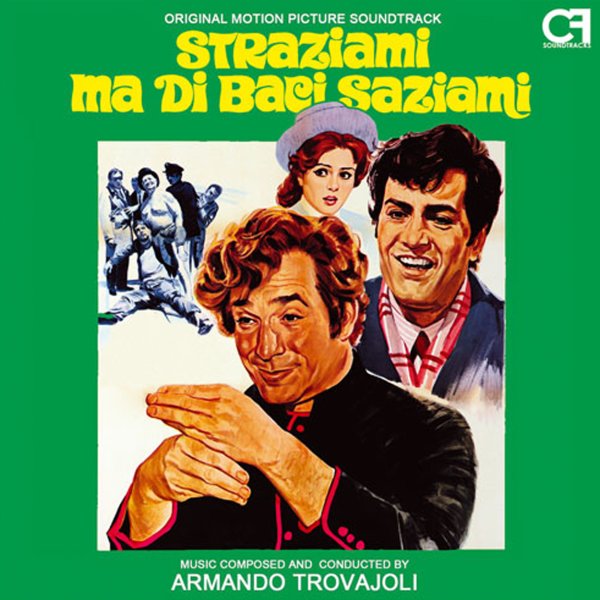 A light little comedic score from Armando Trovajoli – one that mixes some more traditional instrumentation with the groovier elements he was bringing to other soundtracks at the time! The film uses a bit of mandolin at times, but in comedic themes to echo a cheesier Italian vibe – sometimes echoed by vocals from I Cantori Moderni – while other moments get into that post-bossa style that Trovajoli could do so well, and make for moments that are as playful as they are groovy! Unlike some of Armando's more familiar scores from the period, which often reworked a single theme – this one has a lot of variety, spread out over 24 tracks that include "The Deaf Tailor", "Romantic Country", "Looking For Her", "Heartbreak", "Moonkiss", "Straziami Tango", "Beat Trombone", "Creola", "Straziami Theme", and "Io Ti Sento".  © 1996-2021, Dusty Groove, Inc.