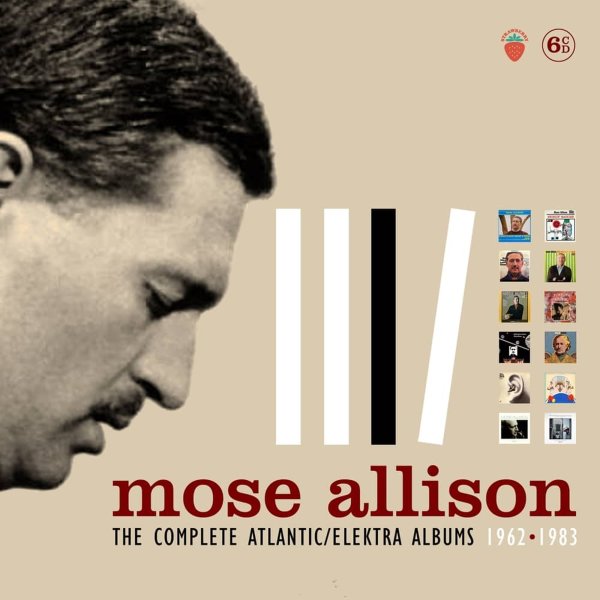 A really wonderful collection of music – work that has an already-great artist taking off into all these new directions of his own – completely reinventing himself as the jazz generations moved on, always with a really strong sense of wit and imagination! Mose Allison first emerged as a bop pianist in the 50s, but soon added a unique vocal approach that was a bit New Orleans-tinged, but with a beat jazz sensibility too – a style that was a huge influence on the UK mods in the 60s, and countless others over the years! By the time Mose hit Atlantic Records in 1962, he was already perfecting that style – then opening it up to other elements as the 60s moved on, often hitting some wilder, more unusual approaches that just kept coming through the 70s! As he shifted over to Elektra Records at the end of that decade, he stepped slightly back to more traditional jazz vocal modes – but still also kept penning his own great tunes, often with themes that maintained his unique sense of wit and vision. The box features a whopping 104 tracks on 6CDs – 12 full albums that include I Don't Worry About A Thing, Swingin Machine, Word From Mose, Wild Man Is On The Loose, Mose Alive, I've Been Doin Some Thinkin, Hello There Universe, Western Man, Mose In Your Ear, Your Mind Is On Vacation, Middle Class White Boy, and Lessons In Living.  © 1996-2022, Dusty Groove, Inc.

I'm Still Here/Live In London (3CD set – with bonus tracks)
Ariola/Cherry Pop (UK), Late 80s. New Copy 3CD
CD...$18.99 30.99
Eartha Kit at the end of the 80s – still going strong here on two albums that were only issued in the UK at the time! I'm Still Here is a set that really continues the love that the contemporary dancefloor scene had been showing Eartha Kitt during the 80s – a fantastic match of her ... CD

Sweet Maya (with bonus tracks)
Sweet Maya/Luv N' Haight, 1977. New Copy
CD...$5.99 18.98
An obscure group from the Michigan scene of the 70s – but one who work with a breezy vibe that feels a lot more like some of the Bay Area material we know from the time! These guys bring together a bit of jazz, touches of folk, and even some Brazilian currents – all in a mode that's ... CD