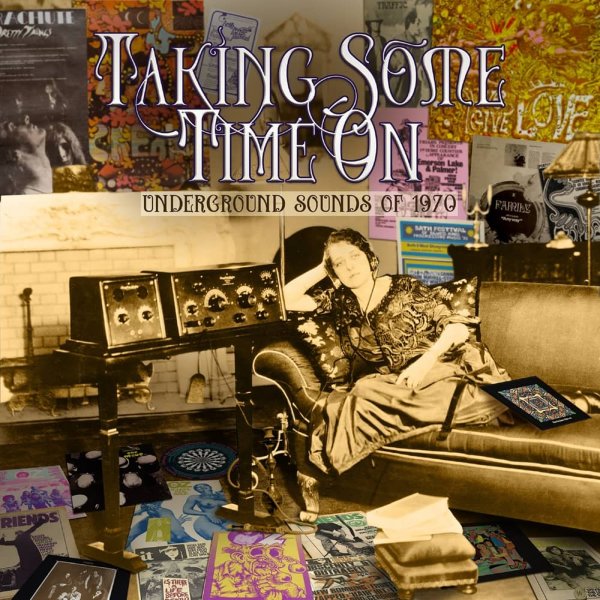 A groundbreaking set of music from the start of the 70s – work by a variety of British groups who rose up from the underground and changed music forever – some who'd later fly to superstardom in the 70s, and many more who'd just remain the province of hipper listeners for decades to come! The music here is in a variety of modes – late psych, early prog, hard rock, and even experimental folk – the crowning jewels of important labels like Vertigo, Harvest, and Decca – brought together here with a really wonderful choice of cuts, and very detailed notes that helps really put all the many artists and sounds in perspective! If you think you know this moment from the classic rock records in your collection, then guess again – as you'll have plenty here to rework your ideas of 1970, in a set list of 57 tracks, with work from Gentle Giant, Blodwyn Pig, Lindisfarne, Hawkwind, Atomic Rooster, Van Der Graaf Generator, Caravan, Egg, Patto, T2, Kevin Ayers, Rare Bird, Stray, Family, Wishbone Ash, Yes, Quatermass, East Of Eden, Pete Brown & Piblokto, McDonald & Giles, Cressida, Love Sculpture, Affinity, Curved Air, Michael Chapman, and many others.  © 1996-2022, Dusty Groove, Inc.

Magic Carpet Ride – The Dunhill/ABC Years 1967 to 1971 (Steppenwolf/Second/At Your Birthday/Early/Monster/Live/7/For Ladies Only/bonus tracks) (8CD set)
Dunhill/Esoteric (UK), Late 60s/Early 70s. New Copy 8CD
CD...$49.99 74.99
A heady brew of sounds from Steppenwolf – a group who are maybe best known for one famous early hit, but who kept on getting better and wilder as the years went on! The group have a sound that spun out of the Summer Of Love with a vibe that showed that things weren't all sun and flowers ... CD