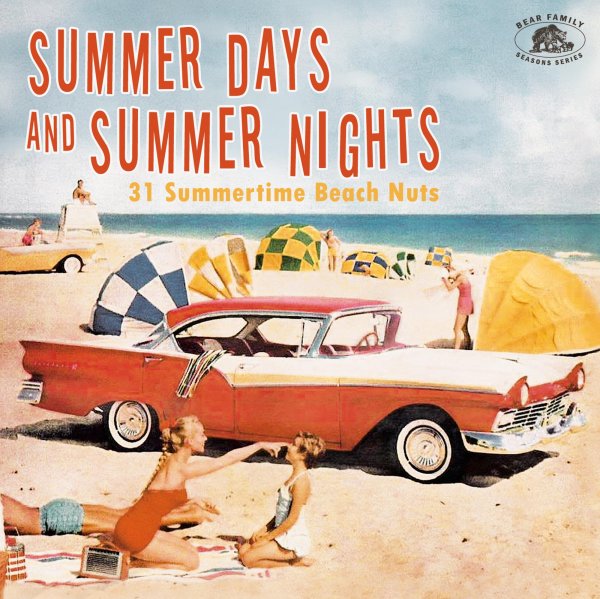 The sweet sounds of summer – served up in ways that sparkle nicely with the best pop paradise touches of the postwar years! The music here is a catchy mix of pop, rock, and vocal numbers – plus a few surprises from other styles too – and as in other titles in this series from Bear Family, the songs are all themed around summer modes – time at the beach, fun in the sun, love in the summer, and so on – all delivered with a vibe that's as wistful and playful as the image on the cover! There's plenty of overlooked gems here from the glory days of the 45rpm single – and the set features 31 titles that include "Wine Cooler" by TJ Fowler, "That Sunday" by Dinah Washington, "Beach Doll" by Johnny O'Neill, "Emerald Beach" by Tito Puente, "Beachcomber" by Conway Twitty, "Down On The Beach" by Ernie Maresca, "Summer Nights" by The Safaris, "Summertime Goodbyes" by The Quotations, "Summer Day" by Kari Lynn, "The Bully Of The Beach" by Sammy Salvo, "Swingin Summer Love" by Googie Rene, and "My Summer Heart" by Maxine Daniels.  © 1996-2022, Dusty Groove, Inc.