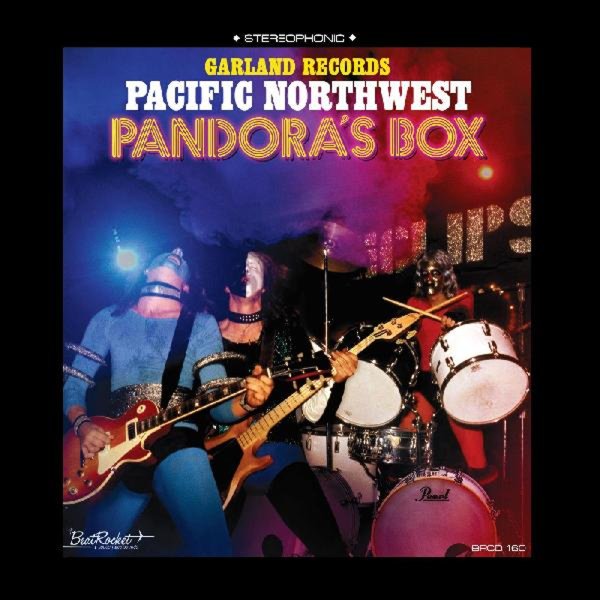 A searing collection of work from the tiny Garland Record label – most of which was not issued at the time, but which together presents the label as a powerhouse of newly-minted hard rock from the Northwest scene! This package definitely blows away previous collections of work on the label – and has a very different vibe too, as you might guess from the Kiss-style makeup of the group who play on the cover! For some reason, only three of these cuts saw the light of day at the end of the 60s – which makes the whole thing a wonderfully rich discovery – full of the kind of raw, rare, hard rock treasures you usually find on more metal-centric labels. Titles include "Back Street Queen" and "Slave Driver" by Eclipse, "Stone Mountain" by The Other Side, "They'll Pass Me By" and "Day Dreams II" by Messick, "Don't Be A Fool" by Inner Circle, "Thor's Hammer" by Loyal Opposition, "Hey Joe" by Zero End, and "Don't Want To Be Alone" by High Voltage.  © 1996-2022, Dusty Groove, Inc.

I Saw Her In A Mustang (blue vinyl pressing)
Beat Rocket, Mid 60s. New Copy
LP...$12.99 24.99
A really cool group from mid 60s Florida – one who are every bit as garagey as the best groups in the Pacific Northwest, but also seem to have a great Southern California way of harmonizing their vocals! Most of the work here was never issued at the time – but the tracks work ... LP, Vinyl record album