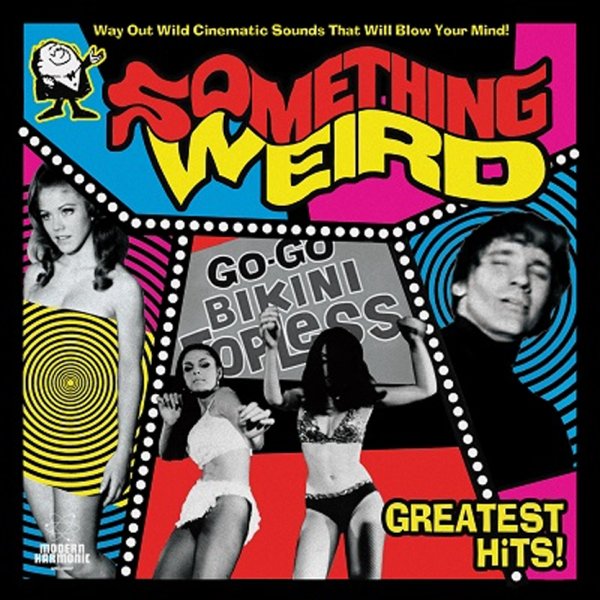 Something weird, and something very cool too – a set that brings together a whole host of strange and unusual tunes from the glory days of exploitation cinema! These cuts are all from a time when the b-movie underground was playing it fast and loose – trying to get more folks into the theaters with some ultra-sleazy themes – which resulted in wilder music than you might have heard in movies just a few short years before! The package is presented by Something Weird – the video company who've reissued lots of these exploitation films over the years – and the package is kind of a "best of" their on-screen efforts – as it also includes some spoken passages from films, which further make the tunes sound great. The package is divided up into themes – Psychedelic Hippie Freak Out, Rock O Rama Go Go, Deliriously Demented Ditties, and Sleazy Swinging Sounds – with work by Johnny Hawksworth, John Barry, The Group, The Love Generation, Joe Bisko, Alan Hawkshaw, Lee Dowell, The Penny Arcade, Billy Lee Riley, Betty Dickson, John Gabriel, Neil Patrick, Meg Myles, and The Huntington Astronauts.  © 1996-2022, Dusty Groove, Inc.

Best Of Doris Wishman (with bonus DVD)
Something Weird/Modern Harmonic, 1960s. New Copy
LP...$16.99 26.99
A weird and wild collection of work that once graced the films of Doris Wishman – dubbed in the notes as the "pint-sized sleaze queen" of 60s nudist films – with an underground legacy that finally gets its due in this very cool package! The audio component is a mix of film ... LP, Vinyl record album