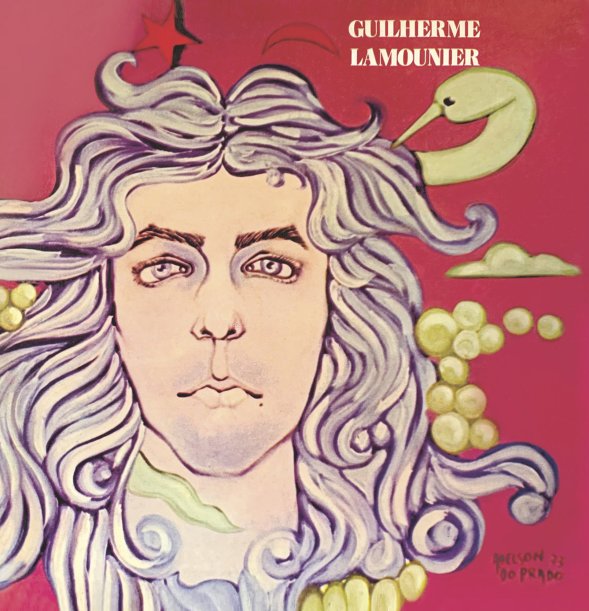 A beautiful album of laidback psych from early 70s Brazil – the sort of more personal, more introspective work that some of the artists on the scene were cutting after the more experimental modes of the Tropicalia years! Guilherme Lamounier has a gentle sort of majesty in his music – very much in keeping with his image on the cover – stepping out in a trippier take on singer/songwriter modes, with his own vocals, guitar, and piano as the main focus on the tunes – touched nicely with keyboard work from Wagner Tiso, flute from Oberdan Magalhaes, and guitar from Lanny Gordin – artists used in these very sparing ways to spice up the sound, and give the record a loftier vibe than if Guilherme were just recording on his own. Lyrics are all in Portuguese, but the songs have a very universal appeal – a great sense of structure and building up energy – on titles that include "Freedom", "Mini Neila", "Patricia", "Passam Anos Passam Anas", "Amanha Nao Sei", "Capitao De Papel", and "Ols Telhados Do Mundo".  © 1996-2021, Dusty Groove, Inc.