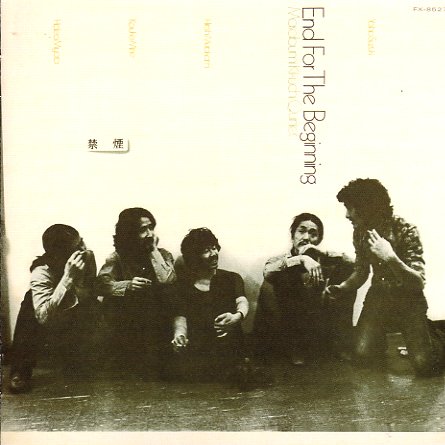 End For The Beginning

One of the most soulful sessions we've ever heard from Japanese pianist Masabumi Kikuchi – a brilliant quintet outing that features some really great work on tenor and soprano sax! Kikuchi's piano is usually enough to grab our attention, but the album's got a great added bonus in the presence of Kosuke Mine on soprano sax and Hideo Miyata on tenor – both players whose horns bring in some added sharpness to the date, and further underscore the spiritual elements in Kikuchi's music – almost with the same mix of reeds and driving rhythms you'd find in the post-Coltrane work of Elvin Jones. Titles include "Green Dance", "Bell", "Admire But Destest", "Gin Kai", and "Drizzling Rain".  © 1996-2021, Dusty Groove, Inc.
(Limited to 300 copies – beautiful heavy-cover reissue, with obi and insert!)