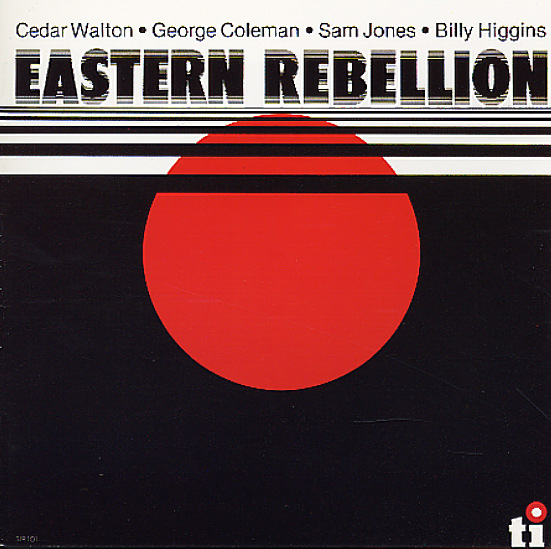 A seminal work in the development of the career of Cedar Walton – the formation of his excellent Eastern Rebellion ensemble, a group that became a platform for soul jazz expression for the next two decades! The group on this set features George Coleman on tenor, Sam Jones on bass, and Billy Higgins on drums – all working in territory that Walton and Clifford Jordan were exploring heavily at the time – long, drawn-out soul jazz tunes – frequently built upon modal rhythms, and touched with traces of post-Coltrane blowing. The key factor, though, is that the work's never too outside, never too overindulgent – just hard-swinging soul jazz, in a 70s expression of the older Blue Note ideal! Titles include "Bolivia", "5/4 Thing", "Mode For Joe", and "Naima".  © 1996-2022, Dusty Groove, Inc.
(Limited edition of 500!)