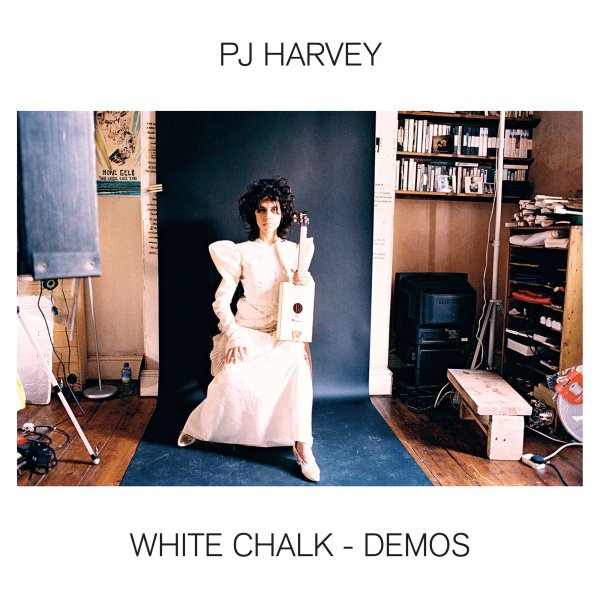 Previously unreleased demo versions of all the songs from PJ Harvey's White Chalk album – the released version itself a pretty stark left turn from a string of rawer guitar-based material to a lonelier, more haunting piano and other more darkly dreamy arrangements – stripped to the sparest essentials! Polly's voice is such a compelling instrument and her voice so distinctive, it's great to hear her work on a more formative level, but the White Chalk era is especially good in that sparer light. Includes "The Devil", "Dear Darkness", "Grow Grow Grow", "When Under Ether", "White Chalk", "Broken Harp", "Silence", "The Piano", "To Talk To You", "Before Departure" and "The Mountain".  © 1996-2021, Dusty Groove, Inc.