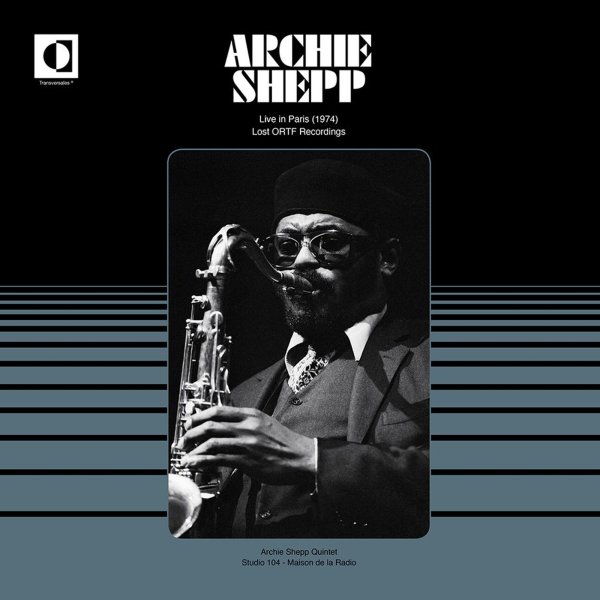 Really wonderful live material from tenor genius Archie Shepp – recorded in Paris, a city that always seemed to bring out the best in his music! Here, Shepp's blowing in a mode that's like some of his later Impulse Records from the early 70s – more spiritual overall, with a free-flowing blend of influences, and a slight nod to the straighter sounds that would emerge a bit more in the decade – served up with a very hip quintet that includes Siegfried Kessler on piano, Bob Reid on bass, Noel McGhie on drums, and Pablo Kino on percussion! The bottom-heavy sound of the group is wonderfully offset by Shepp's raspy, soulful tone on tenor – on titles that include a long take on "Things Have Got To Change" – plus "Blues For Donald Duck" and "Along Came Betty".  © 1996-2022, Dusty Groove, Inc.
(Deluxe edition – in a tip-on gatefold sleeve!)