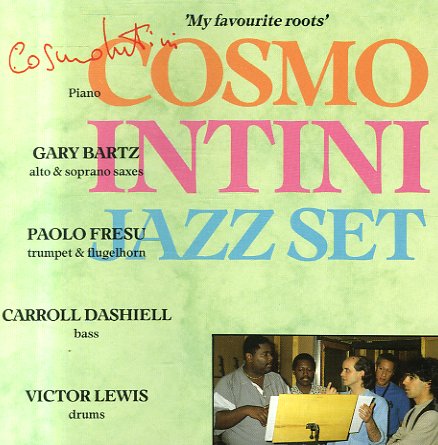 Fantastic work from pianist Cosmo Intini – a great player in his own right, but one who also really seems to create some special magic with key players in his group – a lineup here that features some especially great sounds from saxophonist Gary Bartz, on a record that may well be one of his best from the time! Bartz is on fire throughout – really delivering some great solos on both alto and soprano sax – and the group also features excellent contributions from trumpeter Paolo Fresu, who seems to match Gary's spirit, depending on the tune. Other players include the always-great Victor Lewis on bass and Carroll Dashiell on bass – on titles that include "Powerful Warrior", "Fatherly Love", "Steps", "Round Midnight", and "When Sunny Gets Blue".  © 1996-2021, Dusty Groove, Inc.
(Part of the "Timeless Jazz Syndicate" series!)