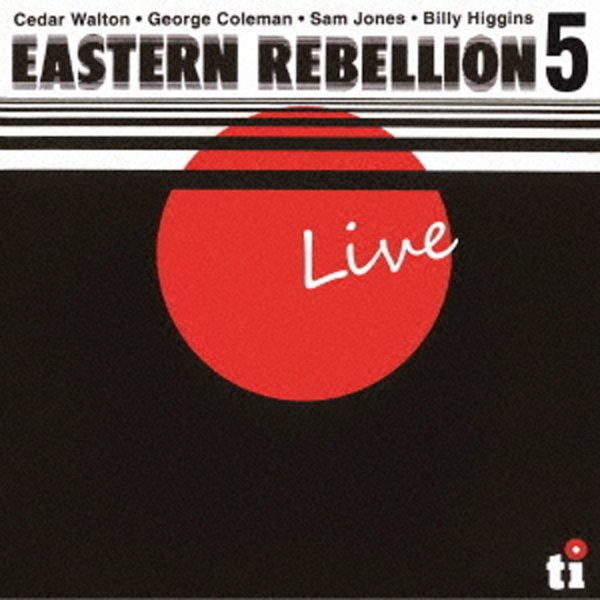 A record that's something of a fifth companion to the original run of Eastern Rebellion albums from pianist Cedar Walton – even though it was recorded well before the fourth! This set captured the wonderfully soulful group in a live setting, in 1976 – with Walton in top formation on piano, alongside George Coleman on tenor, Sam Jones on bass, and Billy Higgins on drums – all players working together with this sense of energy and spark that even tops so many of their other great records from the decade – stretching out and making real magic of their own on long readings of "Naima", "Bolivia", and "One For Amos" – plus the shorter "Theme". Coleman is especially fantastic – and this is one of those records that really has him opening up at his best!  © 1996-2021, Dusty Groove, Inc.
(Part of the "Timeless Jazz Master Collection"!)

Eastern Rebellion Vols 1 to 4 (4CD set)
Timeless/Ultra Vybe (Japan), Late 70s/Early 80s. New Copy 4CD
CD...$44.99
A great package – one that brings together the four first albums from the fantastic Eastern Rebellion group! First up is Eastern Rebellion 1 – seminal work in the development of the career of Cedar Walton – the formation of his excellent Eastern Rebellion ensemble, a group that ... CD