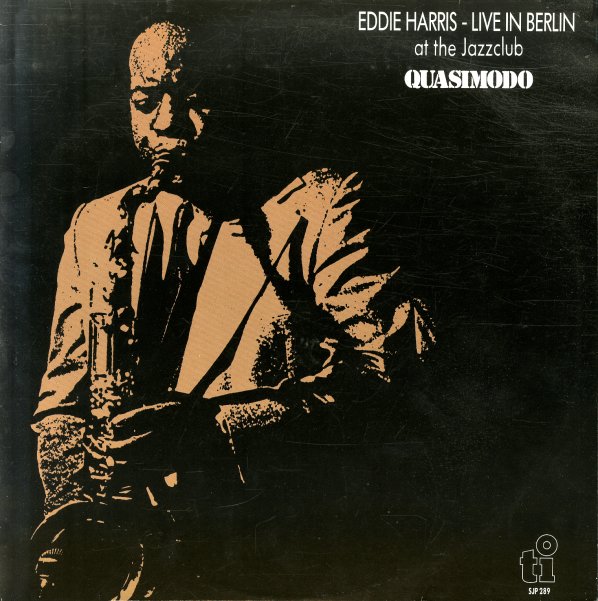 Live In Berlin At The Jazzclub Quasimodo

A surprisingly great concert – recorded by Eddie Harris at the end of the 80s, with a fire and open approach that we wouldn't have expected! The album features Eddie on piano and tenor, with backing only by Ray Peterson on bass and Norman Fearrington on drums – and the spare setting really has Eddie taking charge of the set dynamically, hitting funky notes one moment, soulful notes another, and messing around in a tripped-out style that we haven't heard since his best Atlantic recordings of the early 70s. The set kicks off with the funky jamming number "Ambidextrous", rolls into the weird vocal tune "La Carnival", and contains other great numbers like "Scatting Unlyrically Simultaneously", "Airigen", "Walkin", "Lover", and "Eddie Who".  © 1996-2021, Dusty Groove, Inc.
(Part of the "Timeless Jazz Syndicate" series!)