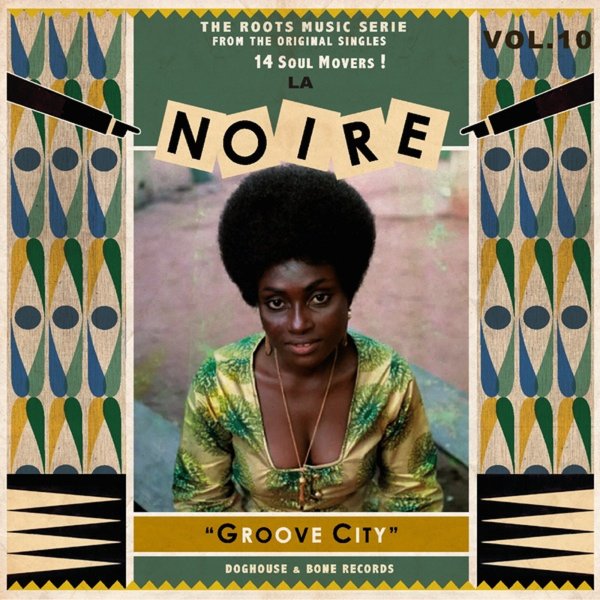 The La Noire series hits Groove City – and serves up a nice batch of tunes that move between soul, blues, and even a bit of funk – all with the focus on rare 7" singles that has made this series so great! A few of these cuts are well-remembered gems, mixed with other obscurities we're hearing here for the first time ever – and the package features 14 titles in all, with tunes that include "Let's Do It Again" by Billy Sha Rae, "Groove City" by Tony Mason, "Me & My Chauffer" by Big Mama Thornton, "Cadillac Jack" by Andre Williams, "Rover Or Me" by Good Time Charlie, "Big Leg Woman" by Israel Tolbert, "I Can't Put My Finger On It" by Junior Parker, "Instant Everything" by Koko Taylor, "Take It Off" by Groundhog, "The Sloppy" by Billie Young, and "Cracker Jack" by Mickey & His Mice.  © 1996-2021, Dusty Groove, Inc.