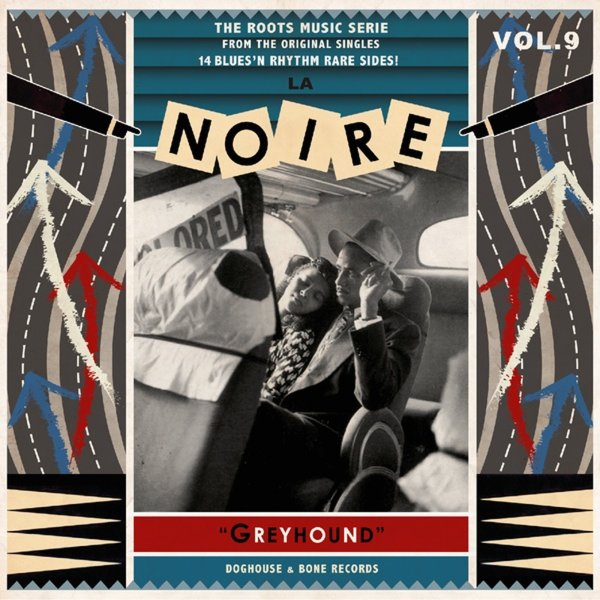 The great La Noire series hops a Greyhound bus, and takes a musical journey across 50s America – stopping along the way for a great array of R&B singles and early pre-soul gems! The tunes are a well-chosen batch of cuts – lesser-known numbers from that moment when jump blues was picking up inspiration from gospel and jazz – and really letting a lead singer often take off and dominate the sound of a song with a very soulful vibe! Titles include "Let's Have A Ball" by The Wheels, "I'll Be Oh So Good" by Velma Cross & Her High Steppers, "I Pawned Everything" by Walter Spriggs, "Green Town Girl" by The Travelers, "Just Say The Word" by Frankie Marshall, "Cool Kind Lover" by Jesse Thomas, "Baby Baby What's Wrong" by Earl Gaines with Louis Brooks & His Hi Toppers, "Greyhound" by Amos Milburn, and "I Gotta New Car" by Big Boy Groves.  © 1996-2021, Dusty Groove, Inc.