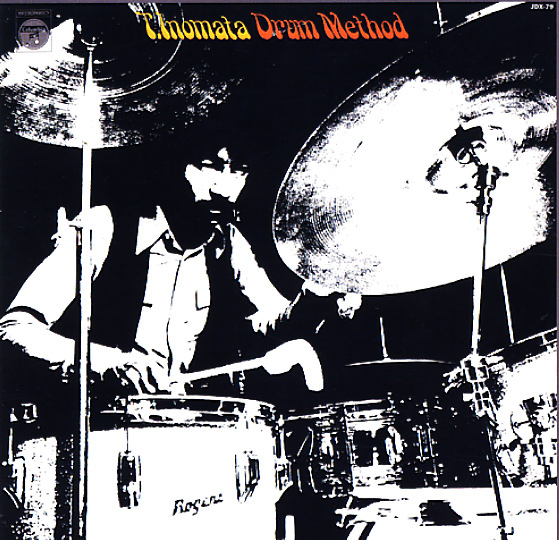 The drum method here is often hard and heavy – a very funky style that makes the album one of the grooviest ever recorded by Japanese drummer Takeshi Inomata! The group here is his Sound Ltd ensemble – a bigger lineup directed by Norio Maeda with plenty of funky styles – almost a funky big band mode, in the manner of some of the best MPS work of the time! Yet the overall rhythmic approach is more American too – driven by some of the best soul instrumental styles of the late 60s, and carried off in a way that has Takeshi's drums often standing alongside the larger band in the mix – so that their simplest, subtlest percussive actions come across quite strongly. Titles include "Porquoi Pas", "Where Do You Go From Here", "Fibonacci's Number", "Child Of Storm", "Runaway Child", "Smackwater Jack", "Maiden Voyage", "Sleeper", "Seven Four", and "Drum Concert"  © 1996-2021, Dusty Groove, Inc.
(Out of print. Includes obi!)

Groove Grease
Groove Merchant/P-Vine (Japan), 1971. Used
CD...$16.99
A nice bit of funky organ work from Jimmy McGriff – a set that's got his famous talents on the Hammond out front of a larger ensemble – but in a way that's very different than some of his albums of that type from the 70s! There's lots of electricity in the mix – electric piano ... CD