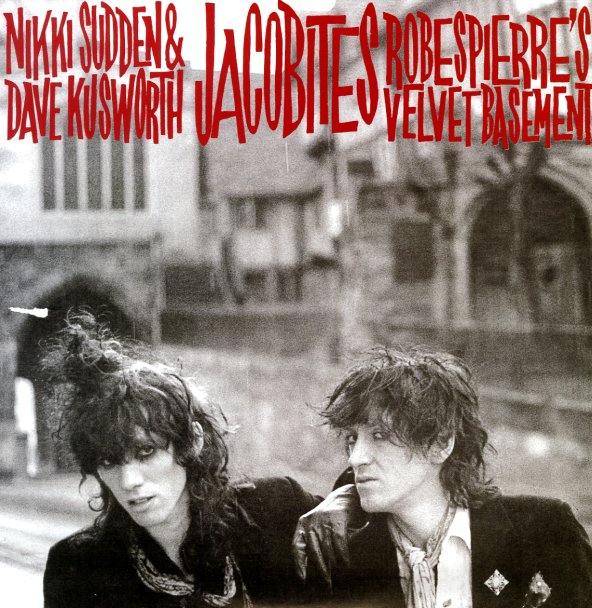 Quite possibly the greatest moment ever from the team of Nikki Sudden and Dave Kusworth – a pair who were unlike anything else at the time, and who stand out here with an effort that's easily one of our favorite rock and roll albums of all time! Their look on the cover might make you think of 80s haircuts, but the sound here is that of the best raw underground of the decade before – echoes of rootsy elements mixed with guitar that has a great knowledge of trippy inflections, yet never indulges them all that much – recorded with raw energy that belies Sudden's sonic sensibilities from the late 70s punk years – but set to songs that are amazing classics that should have set the world on fire – if the world was ready to hear these guys when the album was released. The whole thing's wonderful – a record that would gladly make us give away our copy of Exile On Main Street – and titles include the sublime second version of "Big Store", plus "Ambulance Station", "Fortune Of Fame", "Hearts Are Like Flowers", "Son Of A French Nobleman", and "It'll All End Up In Tears". This great 2CD version is overflowing with bonus material – lots more tracks that include "I Am Just A Broken Heart", "All The Dark Rage", "Into My Arms", "Country Girl", "Someone Who Cares", "Before I Die", "Pin Your Heart To Me", "Road Of Broken Dreams", and "If I'm Crying".  © 1996-2022, Dusty Groove, Inc.
(Newly remastered – with great sound!)