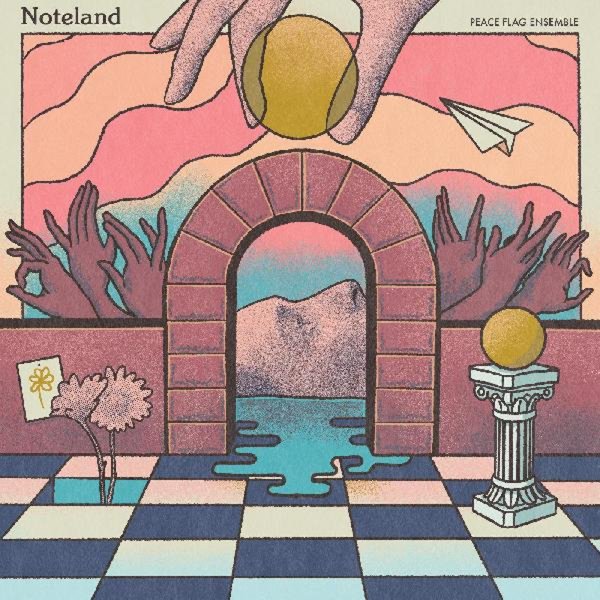 A jazz group, but one with a very different approach – as the core energy here comes from the piano improvisations of Jon Neher, which then draw all the other musicians together, as they find ways to slide their own contributions into the fold! There's a very cohesive sound to the music – this isn't some sort of long-distance phone-in project – and the organic quality of the music reminds us a bit of some Japanese minimal projects from the 80s, but also maybe with a bit of the better side of ECM too – although there's nicely not the same sort of darkness in the production, as the instruments come off with a nice sort of glow. Other players include Travis Packer on bass, Dalton Lam on trumpet, Paul Gutheil on saxes, and Michael Scott Dawson on guitar and electronics. Titles include "Your Father Is In The Yard Counting Sparrows", "Marginalia", "Wilted Sax", "Human Pyramid", "Hilma Af Klint In Ab", and "The Right To Silence".  © 1996-2022, Dusty Groove, Inc.