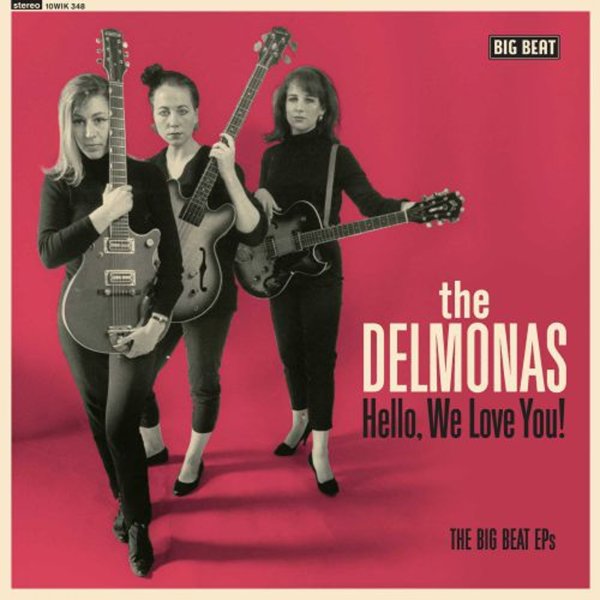 Lost 80s work from The Delmonas – a 60s-styled trio who get some great production help here from Billy Childish – but at a level that's maybe sharper and tighter than some of the later sounds he served up in the 90s! The style is raucous 60s rock all the way through – very garagey in the way the drums are rough, the guitar is twangy, and the vocals echo along with the rhythms – on tunes that include a number of originals by Billy Childish, plus some key 60s covers too! The 10" album brings together tracks from the group's previous 7" single EP releases in the 80s – titles that include "He Tells Me He Loves Me", "Chains", "Comin Home Baby", "I Want You", "Peter Gunn Locomotion", and "I'm The One For You" – plus a great cover of "Hello I Love You".  © 1996-2022, Dusty Groove, Inc.