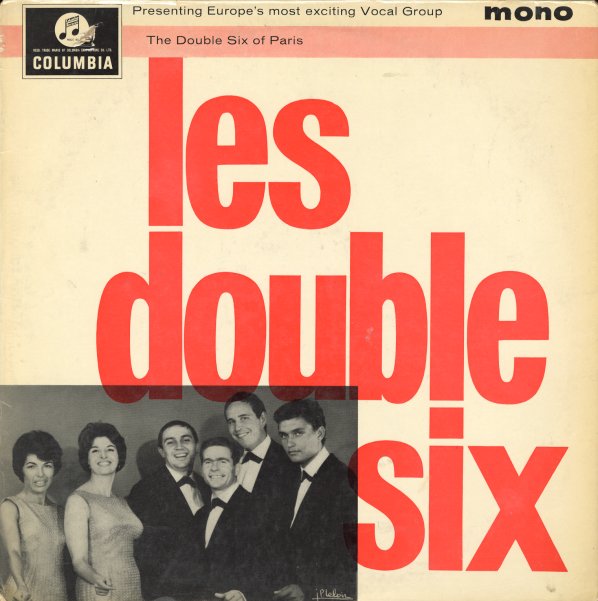 Great early stuff by this swingin' French vocal group! These guys swung as hard as American groups, like Lambert, Hendricks, and Ross – but they stuck to hipper, jazzier material, and had a driving sound that never let up! The group is led by singer Mimi Perrin, who also handed the arrangements – and it features French jazz greats Ward Swingle and Eddy Louiss. Includes some great jazzy versions of "Naima", "Boplicity", "Westwood Walk", and "Early Autumn".  © 1996-2021, Dusty Groove, Inc.
(Original French mono pressing, in a flipback cover! Cover has some light wear around the edges, but this is a nice copy overall.)

Forbidden Lover
Columbia, 1987. Sealed
LP...$4.99
A sweet set of soulful numbers from Nancy Wilson – tracks that offer up a perfect fusion of her jazzy roots and soul-based styles of later years – wrapped up in lush arrangements from Japanese jazzman Masahiko Satoh! The record follows a similar approach to Wilson's Keep You Satisfied ... LP, Vinyl record album

Aurora – Sing Bee Gees Hits
Atco, 1968. Very Good-
LP...$2.99
Groovy versions of hits by the Bee Gees – sung by the Bill Shepherd Singers, who are a bit like the Ray Charles Singers of similar vintage! There's a mixture of male and female voices that's a bit different than the Brothers Gibb might approach the tunes – and the difference makes for ... LP, Vinyl record album

Four Of Us
MPS, 1974. Near Mint-
LP...$3.99
Incredibly sweet vocal work from the Singers Unlimited – impeccably arranged by harmony stalwart Gene Puerling, and recorded with sublime perfection by the MPS crew! Backings are by Les Hooper, and titles include "We've Only Just Begun", "Look Around", "Snowfall" ... LP, Vinyl record album