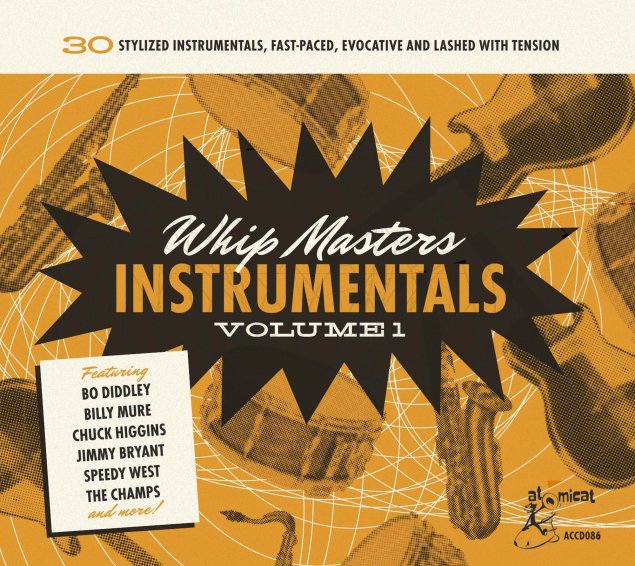 Searing instrumentals from the glory days of the 45rpm single – a time when music was spinning out so fast, vocals weren't even needed to put a single over the top! As with other Atomicat collections, the music here is from a variety of styles – early rock, soul, R&B, and other postwar modes – all served up with a large set list that has a strong sense of variety in the music – plenty of electric guitar in the lead, but also saxophones and keyboards too! Titles include "Firecrackers" by Billy Mure, "Yes Master" by The Whips, "Slave Girl" by Ray Ethier, "The Whip" by The Frantics, "Jack Knife" by The Pharaohs, "Blastin Off" by Urban Zotel, "Dipsey Doodle" by Wade Ray, "Cave Man Love" by Space Man, "Whippy Wow" by The Flamethrowers, "Moon Dog Boogie" by Freddie Mitchell, "All Tore Up" by The King's Henchmen, and "The Snake" by The Tradewinds.  © 1996-2022, Dusty Groove, Inc.