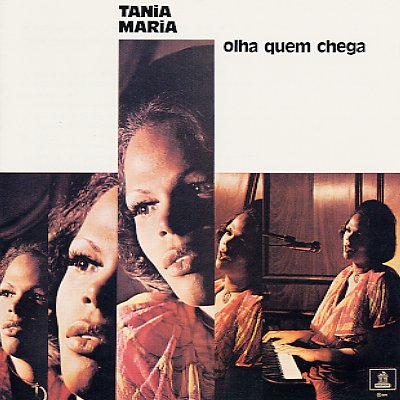 One of the first albums ever recorded by Tania Maria – and a set that already has her leaping out of the grooves with her unique blend of jazz and bossa-styled vocals – always served up with her own work on piano and organ, which is superb throughout! There's few folks who can carry off a record that sounds this great – and unlike the lean vibe of her 70s set, this one features some fuller orchestrations by the great Geraldo Vespar – who makes the whole thing sound even groovier than if it were just Tania on her own – almost in the Blue Brazil style of other EMI/Odeon albums of the time. Titles include "Bobeou, Nao Vai Entender", "Madalena", "Ai! Que Saudades De Amelia", "De Frente", "Hey Voce", and "Carinhoso".  © 1996-2021, Dusty Groove, Inc.