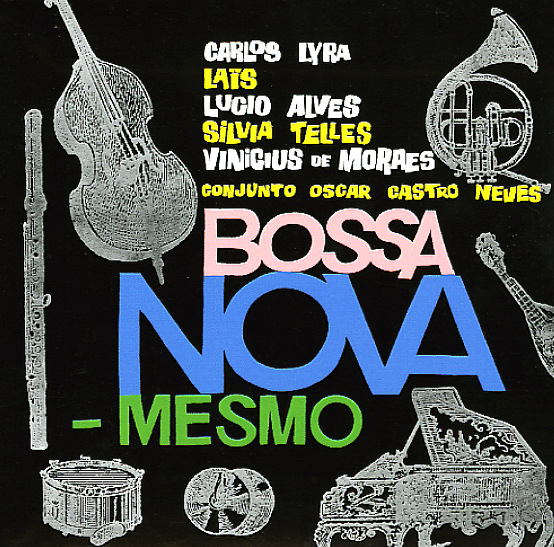 A rare bossa treasure from the early years of the genre – a wicked session that features instrumentation by Oscar Castro Neves, and vocals by a host of different singers! The set's half vocal, half instrumental – and the latter feature some great sounds from Oscar's combo – a group that plays with a sound that's airy, yet well-arranged – similar to some of the 60s work by Eumir Deodato or Os Gatos, but with less instrumentation overall – which makes for an even cooler sound! There's some great flute in the group, which sounds great next to the acoustic guitar – and the instrumentation for the vocal tracks is equally nice, and still really revolutionary for the time. The album's a beautiful balance between complexity and understatement – truly showing the bossa ethos at its best – and titles include "Patinho Feio" and "Com Voce" by Lais, "Pela Luz Dos Olhos Teus" by Vinicius De Moraes, "Obrigada Meu Bem" by Sylvia Telles, "Tem Do De Mim" by Carlos Lyra, and "Menina Feia" by Lucio Alves – plus "Meditacao", "So Em Teus Bracos", "Bim Bom", and "Chora Tua Tristeza" by Castro Neves and his combo.  © 1996-2022, Dusty Groove, Inc.