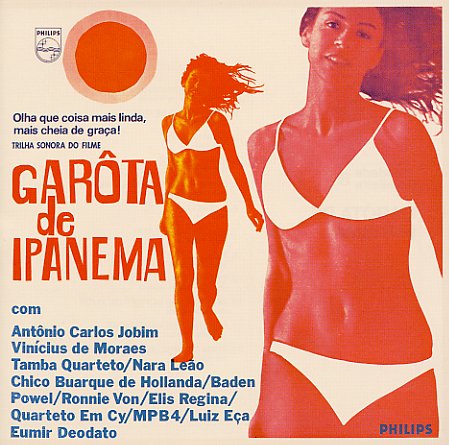 A stunning lost bossa nova soundtrack! The score was penned for the 1967 film Garota De Ipanema (Girl From Ipanema), and although you've heard some of the tracks before in other versions, the overall album is very nice – and is a wonderful tribute to the early days of bossa nova! Jobim and Vinicius perform, as well as Baden Powell, Tamba Trio, Nara Leao, Elis Regina, Ronnie Von, Chico Buarque, and Quarteto Em Cy – and titles include "Por Voce", "Chorino", "Aria Para Se Morrer De Amor", "Rancho Das Namoradas", and "Tema Da Desilusao". We think some of the material might have popped up on otheralbums from time to time, but there's still enough stuff here that we hadn't heard elsewhere – and that we like a lot!  © 1996-2021, Dusty Groove, Inc.