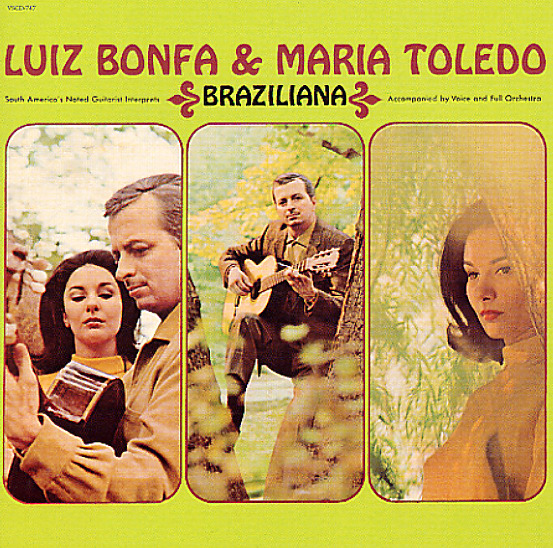 Very groovy bossa tracks – very much in the mode of some of the Verve hit recordings of the mid 60s! After the success of the Astrud Gilberto/Joao Gilberto work with Stan Getz, it's clear that Philips and Luiz Bonfa wanted to get in on the act – and they've paired Bonfa's guitar with vocals from his wife Maria Toledo – a really wonderful singer with very Astrud-like appeal! The album's got some larger backings from Bobby Scott, who brings in a nice undercurrent of jazz – and while some of Bonfa's other work of the time is somewhat spare and dreamy, the style is nicely full here. Toledo sings in both English and Portuguese, and even scats wordlessly a bit – which we really like – on titles that include "Sambura", "Whistle Samba", "Tanto Amor", "Boticario", "Promessa", and "Sugar Loaf".  © 1996-2021, Dusty Groove, Inc.