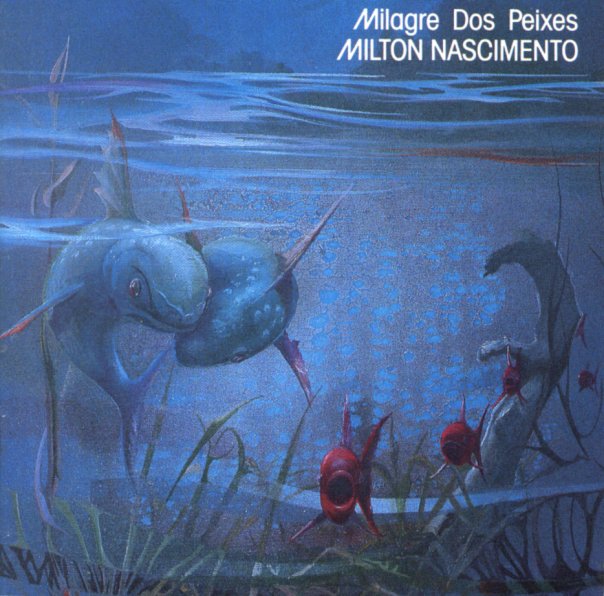 One of Milton Nascimento's darker LPs, with a great set of tracks that have a deep rock feel to them, yet which maintain all of the soulful spirit that was in Nascimento's earlier recordings. Nascimento's working here with a great set of musicians that include some of Brazil's most farthest-reaching jazz players of the 70s – Nelson Angelo, Toninho Horta, Paulo Moura, Wagner Tiso, and Nana Vasconcelos – all of whom come together beautifully in baroque arrangements with a complicated, yet honest feel. Originally released as an album, plus a single, this remastered CD includes all the original tracks – with titles that include "Milagre Dos Peixes", "Pablo", "A Chamada", "Os Escravos De Jo", and "Sacramento".  © 1996-2022, Dusty Groove, Inc.