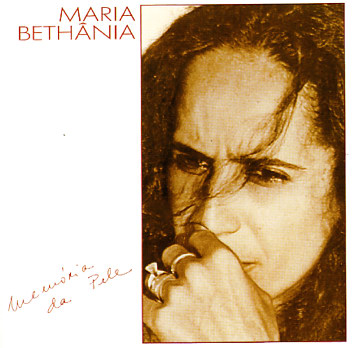 One of Maria Bethania's great collaborations with arranger Jaime Alem – an artist we loved as part of the team of Jaime & Nair back in the 70s, and who's really helping Bethania find some deeper space here in the middle years of her career! At a time when Maria had moved into some of the warmer, more electric modes of her contemporaries, Alem helped her regain the sense of power heard in her classic 70s work – but at a level that was quite different than on those records, with a more restrained sensibility overall – making some especially great use of the aging qualities of her voice. Titles include "Junho", "Confesso", "Tenha Calma", "Reconvexo", "Memoria Da Pele", "Salve As Folhas", "Guerra No Mar", and "Vinganca".  © 1996-2021, Dusty Groove, Inc.

As Cancoes Que Voce Fez Pra Mim
Universal (Japan), 1993. New Copy
CD...$13.99
A set of compositions penned by Roberto and Erasmo Carlos – sung by Maria Bethania in a warmly personal setting! The style here gets away from any of the too-romantic qualities that can sometimes mar presentation of the Carlos' brothers work – and instead, Bethania uses her innate ... CD