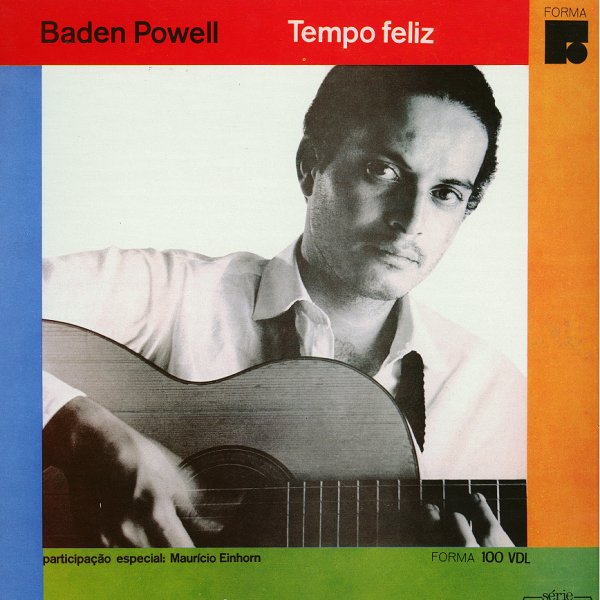 A really beautiful early album from Baden Powell, and a really unique one as well – as the set features some guest work from harmonica player Mauricio Einhorn – a very jazzy talent who was a bit like the Toots Thielemans of Brazil at the time! The combination of harmonica and acoustic guitar is great – and production is handled by Roberto Quartin – the sonic maestro who really manages to bring a lot out of this very special meeting of talents. The small combo features bass from Edison Lobo and drums from Chico Batera – and titles include "A Chuva", "Pro Forma", "Tempo Feliz", "Deixa", and "Apelo".  © 1996-2021, Dusty Groove, Inc.

Os Cantores Da Lapinha
Elenco/Universal (Japan), 1970. New Copy
CD...$13.99
One of the most striking albums recorded by Baden Powell for the Elenco label in Brazil – a post-bossa affair that's filled with lots of lively samba touches! The feel is quite different than some of Powell's earlier recordings – as the tunes bounce and dance along on a highly ... CD