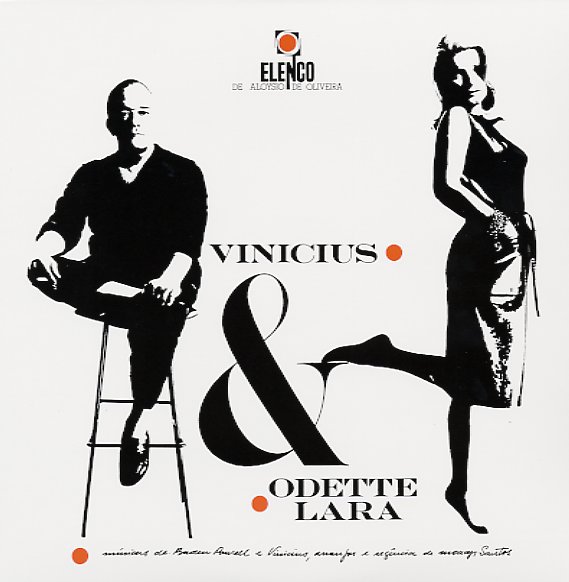 A dream of a bossa session – the kind of cool, yet sophisticated session that made the 60s Elenco label so great! The album features vocals by the completely lovely Odette Lara – a blue-tinged singer who really gets at the melancholy in the music – which is superbly underscored by the lyrics of the great Vinicus De Moraes, who wrote the tunes in conjunction with guitarist Baden Powell – at a level that's as great as their other 60s work together! Backings are by the sublime Moacir Santos – who knows how to balance modern impulses, jazz, and a bossa groove – on titles that include "Astronauta", "Berimbau", "Seja Feliz", "Samba Preludio", "Deve Ser Amor", "E Hoje So", "Diexa", and "Alem Do Amor".  © 1996-2021, Dusty Groove, Inc.