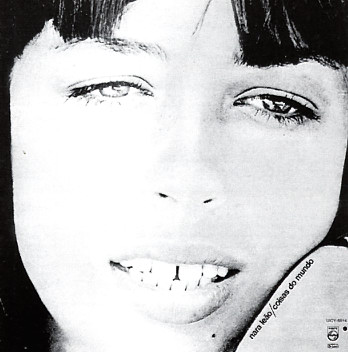 Quite a different album than Nara Leao's other record from 1969 – the one produced by Rogerio Duprat! This one's much sparer and rootsier – almost in a samba mode at times – but even more so in a slightly folksy style that puts Nara's vocals highly upfront in the mix, supported by just a bit of percussion and guitar – in a way that's darker and without the sweetness of her earlier albums, and which has some of the careful presentation and sly interplay that made Leao a surprising force in the Tropicalia generation. Arrangements are by Sidney Miller, with all the depth of his own 60s work – and titles include "La Columbe", "Apanhei-Te Cavaquinho", "Poema Da Rosa", "Little Boxes", "Azulao", "Tambores Da Paz", "Parabien De La Paloma", "Fez Bobagem", and a great version of Caetano Veloso's "Atras Do Trio Eletrico".  © 1996-2021, Dusty Groove, Inc.