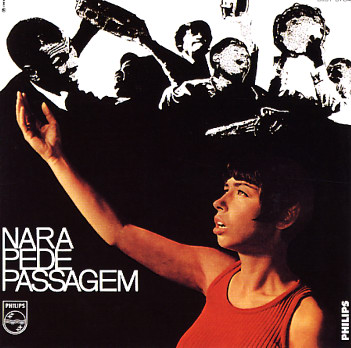 An amazing early album by Nara Leao – one that features mostly spare vocals and acoustic guitar, plus some additional percussion – coming off in a style that's halfway between the best 60s work of Geraldo Vandre and early albums by Joyce! Nara's vocals are incredible – really haunting and dark, with a sad quality that sets her apart from most of her contemporaries, and a righteous presentation of the material that makes her come off as way more than just a pop singer. Titles include "Amo Tanto", "Recado", "Palmares", "Ole Ola", "Pede Passagem", and "Pedro Pedreiro". Also features 2 bonus tracks – French versions of "Opiniao" and "Acender As Velas".  © 1996-2023, Dusty Groove, Inc.