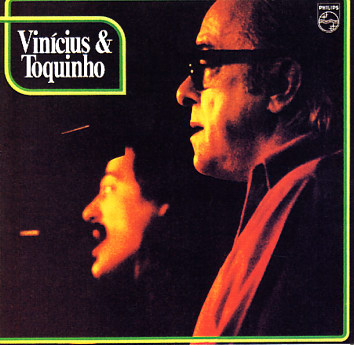 Classic bossa mixed with more ambitious touches for the 70s – easily one of the greatest records ever to come from the team of Vinicius and Toquinho! The record has vocals by both, often layered on top of each other with a wonderfully spacious feel that spreads out beautifully between the speakers – and instrumentation features Toquinho's acoustic guitar supported by fuller, jazzier backings from Francis Hime and Edu Lobo – both of whom hit that sublime blend of warmth and space that made their own early 70s Brazilian albums so great! Titles include "Carta Ao Tom 74", "Como E Duro Trabalhar", "Samba Da Volta", "Samba Pra Vinicus", "Samba Do Jato", and "Canto E Contraponto", with a guest performance by Quarteto Em Cy.  © 1996-2021, Dusty Groove, Inc.