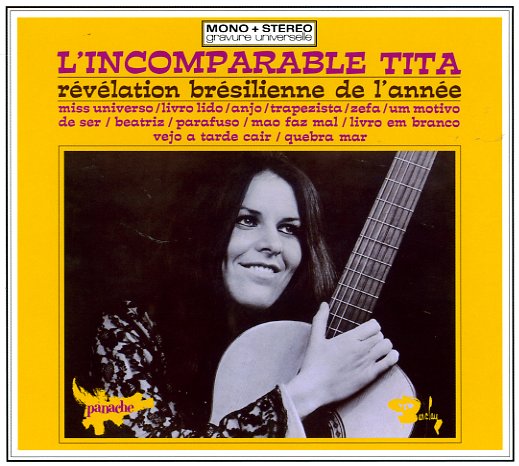 Beautiful bossa from late 60s France – a really lovely session that mixes the vocals of Tita with jazzy backings from Trio Camara – who we know from their own legendary album on the Saravah label! The sound here is a bit different than bossa from Brazil – somewhat darker at points, carried off in that cool continental mode that would sometimes show up when sounds from Rio were filtered through 60s Paris – kind of an extra level of hipness that really makes for some special music here. There's a bit of additional strings next to the trio's backing, which underscores some elements of sadness and also makes for a bit of a soundtrack feel at points – and other instrumentation includes acoustic guitar and some occasional flute. Titles include "Anjo", "Trapezista", "Zefa", "Um Motivo De Ser", "Beatriz", "Nao Faz Mal", "Quebra Mar", and "Vejo A Tarde Cair".  © 1996-2021, Dusty Groove, Inc.